A brief history of our church 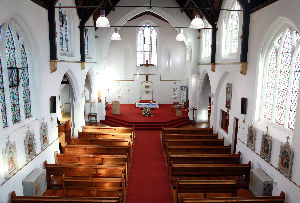 Although there is evidence of Roman settlement in the area and Tilbury is mentioned in the Domesday Book, the real history of Tilbury effectively begins with the opening of the Docks in April 1886.   Seeing the potential for development, Cardinal Manning  bought a few acres of land as early as 1885, on which was to be built a school, a church, a presbytery and a convent.   The Tilbury Mission was served from Grays, but in 1887 Canon Keens was asked to take charge in Tilbury, to supervise the building programme and to look after the Catholic people there.

A school for two hundred and fifty children was opened in 1887.   Father Joseph Upton became the first priest-in charge in 1901, living initially in the school until the presbytery was built about 1902.    His successor, Father Van Meenan, organised the building of the Parish Church of Our Lady Star of the Sea, which was opened on Ascension Day 1907.   Meanwhile, in 1905 the Sisters of Mercy came to the parish and took over the teaching of the school's children, a task they carried out with distinction for most of the twentieth century.   Their convent was built in Malta Road in 1909, and it has been a haven for spiritual and social support ever since.

Extreme poverty in the area meant that the new parish was barely viable.   Although there were over 500 Catholics in the parish before the First World War they were unable to make a significant financial contribution and the parish was laden with debt.   On August 2nd  1918, just before the end of the First World War, Our Lady Star  of the Sea became a parish in the new Diocese of Brentwood.

From 1921 to 1982, there were just two Parish Priests in Tilbury, Father Patrick O'Donnell and Father John Byrne, each of whom was in post for over thirty years.   Father O'Donnell reorganised St. Mary's School, gaining permission directly from Rome, was a major figure in the Apostleship of the Sea, where he was a beacon of light to the Goanese sailors who became a feature of parish life, organised the parish's Golden Jubilee in 1937, gave calm reassurance during the troubled years of the Second World War, assisted with foundation of a secondary school in 1947 on the same cramped site as the primary school, and was made an Honorary Canon of Brentwood Diocese.   Father Byrne gave comfort to his parishioners during the 1953 Flood, arranged for the Consecration of the Parish Church by Bishop Beck in 1954, and encouraged the development of the fledgling Parish of St. Joseph in Chadwell St. Mary.   He too was made an Honorary Canon of Brentwood Diocese.

From 1975 to 1983 part of the Tilbury Parish became the independent Parish of St. Joseph, Chadwell St. Mary.   Its Church Hall became a focal point for Catholic spiritual and social life, before, during and after the existence of the parish itself.   Its presence is sorely missed.

Since 1982 there have been no fewer than nine Parish Priests, although some stability has been achieved in recent years. Father Paul Dynan was in post until 2019 and when he retired was replaced by Father Anthony Cho.   Unusually, Father Paul and then Father Anthony also became the Parish Priest of Our Lady and St. Joseph, Stanford-le-Hope, a neighbouring but entirely independent parish. 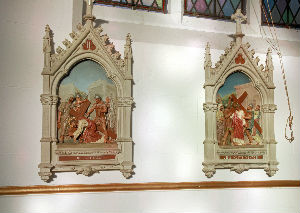